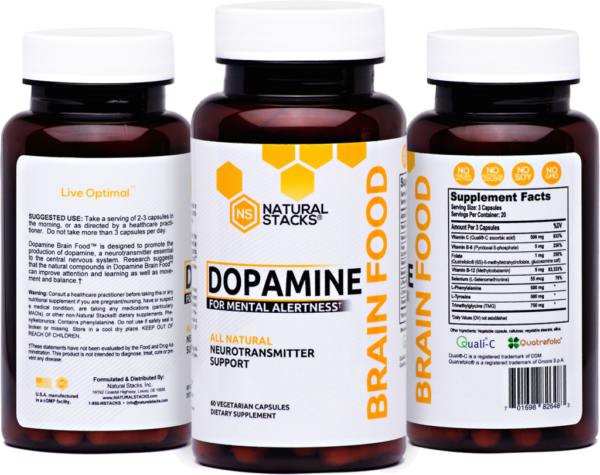 What is Dopamine Brain Food?

Developed by Natural Stacks, Dopamine Brain Food is specifically designed to support the body’s production of dopamine. People who have used this dopamine nootropic report the following benefits:

To understand how it does this, it’s important to first know what dopamine is and what it does to the brain.

What Does Dopamine Do in the Brain?

Dopamine is a neurotransmitter responsible for sending signals from the central nervous system. Simply put, every time you expect or receive a reward, your dopamine levels spike. And because dopamine production can be manipulated through supplementation, it can be unlocked to improve motivation, drive, and focus.

For example, the act of eating your favorite food or listening to your favorite song can cause your dopamine levels to rise because you feel reward from doing these things.

Dopamine can also help you focus by increasing your motivation and drive. After all, anything that’s worth your attention is rewarding isn’t it?

Natural Stacks’ Brain Food nootropic was specially designed to consist only of precursors and cofactors that affect the mind’s ability to focus and stay motivated.

When there is an imbalance or lack of dopamine in the brain, several things can happen. You may feel physical symptoms such muscle cramps, spasms, loss of balance, muscle stiffness, constipation, difficulty swallowing.

Other, more serious symptoms include:

Some of these symptoms are present in people with depression, schizophrenia, psychosis, and Parkinson’s. And it’s these exact same conditions that are also associated with dopamine deficiency.

Increasing Dopamine in the Brain Naturally

Some natural ways to increase dopamine in the brain naturally include exercising regularly, getting adequate sleep of 7 to 8 hours, and participating in activities that make you happy.

However, not all of us have the time to squeeze in exercise everyday, and sleep isn’t always easy to achieve in today’s screen-obsessed world. Not everyone has the motivation to proactively engage in activities that increase dopamine naturally. More often than not, we opt for the things that come easiest to us.

That’s where dopamine supplements come in. 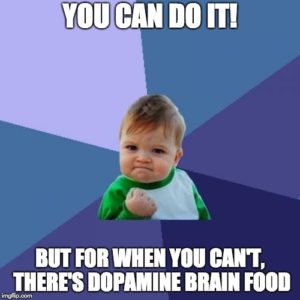 Taking dopamine supplements like Dopamine Brain Food by Natural Stacks are like getting motivation in supplement form. I’m not saying that you should depend entirely on this supplement for motivation. Motivation takes time to build. But some days, you’ll have zero of it. Those are the days when the supplement becomes the most useful. Let’s take a look at what this supplement does and my experience with it.

A key point I’d like to point out in this Natural Stacks Brain Food review is that they state exactly how much of each dopamine-boosting ingredient is in each bottle so you know what you are putting in your body –which is great in cases where you are taking multivitamins or medications along with it.

All the compounds used to make up the supplement are essential to the optimal production of dopamine in the brain. Of course, the best dopamine supplements won’t do their wonders unless you take them at the proper dosage.

The recommended dosage for Natural Stacks Dopamine Brain Food is 2 to 3 capsules a day, taken in the morning. 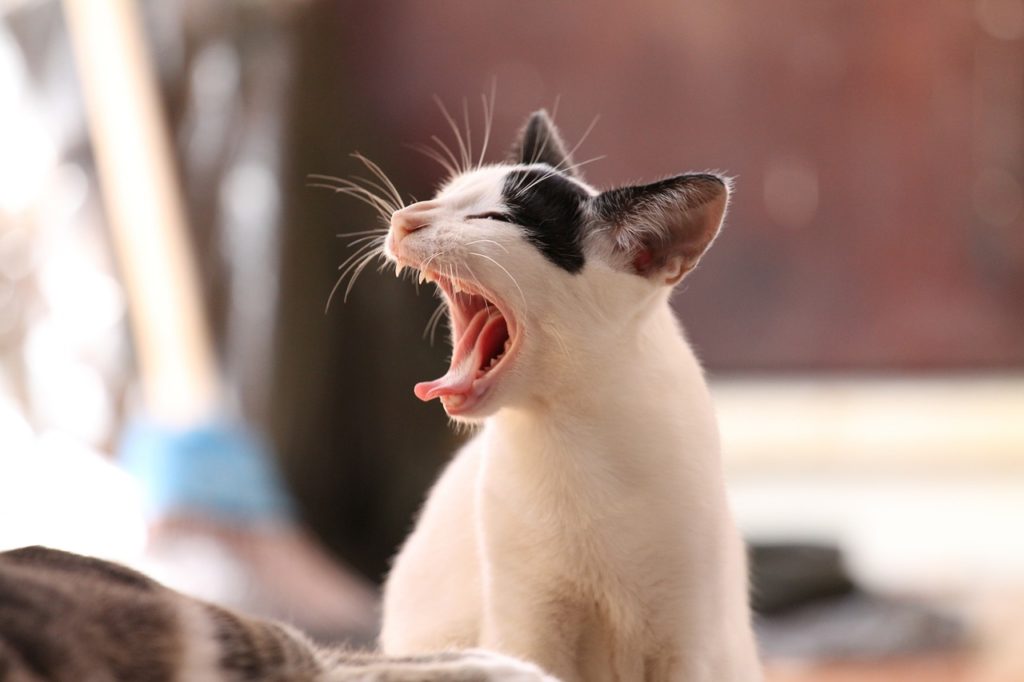 One two many and you could become slightly irritable

Avoid taking more than 3 capsules a day as this can lead to unwanted side effects such as headaches and irritability. When I tried it, I only took two in the morning and that was enough to get me through the day. Don’t worry about drinking coffee; it’s safe to do so and it might even amplify its effects.

I personally do not recommend taking nootropics too often. Whenever I take dopamine boosters like this one for a several days straight, it’s usually because I want to test it out and see its effects. In this case, the supplement worked great for me. It definitely increased my alertness and I felt no need to refuel with another capsule later in the afternoon. If you do decide to take it later in the day, you don’t need to worry about tossing and turning at night because it’s caffeine-free.

Of course, you don’t want to build tolerance for anything that affects your dopamine levels so be sure to cycle it out of your system from time to time. After a straight 5 days of taking the supplement, I had to take a break because it felt like the effects were weaning off.

However, this doesn’t make the product any less inferior. Any supplement that increase your dopamine levels will always result in building a tolerance. No need to worry though since the effectiveness does return after you take a break.

Where to Buy Dopamine Brain Food