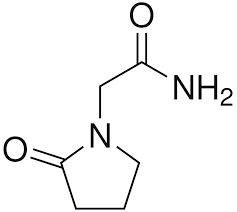 Piracetam is the prototype of piracetam synthetic supplements, known to provide its users a cognitive boost. It has a history of being used to treat cognitive impairment which is a common condition among aging individuals.

In addition, Piracetam can easily cross the blood-brain barrier and interact with receptors responsible for cognition and memory. It also enhances focus and concentration as it promotes blood circulation in the brain. People who’ve used Piracetam often experience improved attention span, better cognitive skills, and enhanced ability to manipulate data.

How do you think high performers and successful entrepreneurs stay ahead of the game? From high ranking academic figures, CEOs, successful business people, women and students, all are turning to Piracetam to get that unfair advantage. Piracetam helps you to feel relaxed, energized, and less stressed out, all of which make you more productive.

If you feel overwhelmed at your workplace, Piracetam can make you feel in control again. It improves memory, concentration, alertness, processing speed, and mental clarity. Moreover, it protects your brain from free radicals which are responsible for neurodegenerative conditions like Parkinson’s and Alzheimer’s.

Aside from protecting you against anxiety attacks, Piracetam is also safe to use. It’s no wonder why it’s a popular nootropic!

How Piracetam works is quite interesting, since the benefits cannot be attributed to a single specific element. Here are just some of the benefits of Piracetam:

1. Boost blood flow to the brain

In order to increase brain performance, toxins and cellular wastes need to be eliminated. Piracetam achieves this by improving blood circulation in the brain and providing it with nutrients.

Piracetam increases learning capacity and memory thanks to its effect on the NMDA glutamate receptor sites. These are parts of your brain responsible for memory and learning.

Taking Piracetam also triggers the production of acetylcholine which is another neurotransmitter that when modulated, can lead to some powerful cognitive benefits.

Piracetam is known to increase blood flow to the brain allowing more nutrients to be metabolized on a cellular level. As a result, you have greater energy since nutrients are used more effectively. This contributes to better brain health and brain power.

Piracetam is an all round nootropic supplement designed to give you an upper hand over the others regardless of whether you are a student, a business person, an athlete, or an employee under pressure.

There are no clear recommendations to the amount of Piracetam a patient should take. However, there are some guidelines you should follow to ensure you get the most out of this nootropic.

The following dosage (though not applicable to every person) is commonly used by persons who want to improve their ability to remember: (1600 mg – 6400 mg of Piracetam). The amount should be divided equally into three dosages to be taken at an interval of five to six hours.

Since its use, there has been no documentation of any adverse side effects when taking Piracetam in high doses or for a long period of time.

With Piracetam, it does not matter whether your stomach is empty or full. It all boils down to personal preference.

If you feel the prescribed amount is overwhelming, you can reduce the dose and build up the doe regularly until you get used to it. You’ll start to feel results of the nootropic in just a few days.  But it can take up to two weeks of regularly taking the supplementation to really experience its full effects.

It’s also important to note that the results are going to depend on your lifestyle as well as how your body reacts to this nootropic.

Compared to other nootropic supplements, Piracetam is exceptional. It’s extremely safe to use and has zero toxic compounds.

Headache is the most common side effect of taking Piracetam. This is due to the low levels of acetylcholine in the body which happens after you take the nootropic. To prevent this from happening, you can take choline with Piracetam. They’re a common pair to take together and the recommended dosage ratio is 8 to 1. So for example, if you are taking 4,800 mg of Piracetam, you should also have 600 mg of choline alongside with it.

Other side effects of Piracetam include anxiety, drowsiness, feeling agitated, and nervousness. In the rarest cases, Piracetam can cause fatigue, muscle tremors, stomach discomfort, insomnia, nausea, hypersexuality, numbness, and skin rash.

Avoid taking Piracetam with other psychoactive substances as this poses a great health risk to people who are not used to them. For example alcohol. If you take alcohol with Piracetam, you get drunk faster which is not the safest state to be in.

Given how counterfeit Piracetam has mushroomed in the market, you have to take extra steps to ensure you get yours from a trusted company. Peak Nootropics is a trusted supplier of nootropics in Canada and the USA, whose products get tested by a third party evaluator to ensure quality. Aside from quality assurance, Peak Nootropics also sees to it that their suppliers follow GMP regulations.

Despite handling large volumes of delivery, Peak Nootropics ensures you get yours on time. They also provide an online marketing platform where you can make your orders. All this can be done at pocket friendly cost. So the next thing you think about getting Piracetam, pick Peak Nootropics Piracetam.

Piracetam has established its place in the market and further studies are underway to make it even a better product. It’s a dynamic nootropic that’s been found to not only enhance your brain’s potential but also treat certain conditions like Alzheimer’s, dementia, memory dysfunction, alcoholism, stroke, and ADHD.

Whether you have any of these conditions you want to treat or you simply want to get that unfair advantage that brings you ahead of the game, Piracetam is definitely the tool to use.

Next post: The Dangers of Using Adderall for Improving your Focus: Use these 7 Alternatives Instead