home/Blog/Nootropics/What is Noopept: Everything You Need to Know About this Nootropic for Better Brain Function and Focus 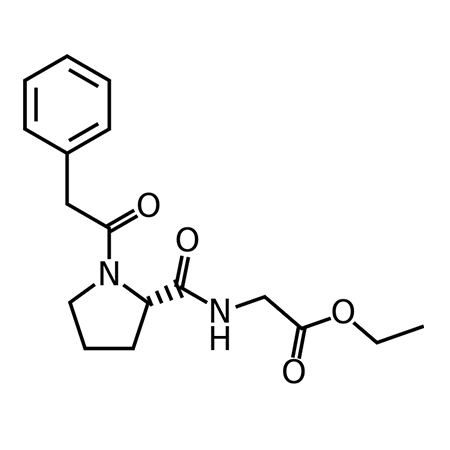 What is Noopept: Everything You Need to Know About this Nootropic for Better Brain Function and Focus

Noopept is a synthetic nootropic that’s often considered a Piracetam alternative. It’s the brand name for the chemical called N-phenylacetyl-L-prolylglycine and is commonly said to be in the racetam class, although technically, it’s not since it does not have a 2-oxo-pyrollidine skeleton.

Noopept offers almost the same benefits as Piracetam such as improving cognitive performance and protecting against neurodegenerative diseases. In fact, studies have shown that Noopept may aid people who have dementia, Alzheimer’s, and Parkinson’s.

It’s able to produce these benefits by stimulating two proteins in the brain (Brain-Derived Neurotrophic Factor and Nerve Growth Hormones) which play a role in reducing neurodegeneration in the hippocampus and reinforcing the survival of neurons.

However, if you don’t have any cognitive ailment, you may not receive the same benefits. Though it was first patented in Russia in 1995, more studies have yet to be done to fully understand its protective mechanism on the brain.

The benefits yielded from Noopept can very from person to person. Again, it’s one of the newer drugs in the market and its effects are yet to be deeply studied and understood. Some have experienced little improvement in their cognitive performance while others said their mental capabilities improved drastically after taking the nootropic.

As mentioned above, Noopept stimulates proteins in the brain responsible for memory and thought processes. It also stimulates dopamine and nicotinic ACh receptors which inhibits anxiety and panic. The drug has also been found to have some anti-inflammatory and antioxidant effects. Even after you have stopped taking Noopept, its effects may still linger as it does promote the growth of brand new neurons.

The positive effects of Noopept include:

Again, the effects of Noopept vary from person to person, so don’t expect to experience all these things at the same time. You may experience less or more. It all depends on your body chemistry.

The other non-cognitive benefits of Noopept is its price and size. Compared to its other nootropic counterparts, Noopept is much cheaper. For example, if you were to buy 5 grams of Noopept and take the minimum dosage of 10mg per day, that would you last you 500 days! Of course, you don’t want to take it straight for that period. Remember, you still need to cycle. The small amount also makes it easy to carry around everywhere, even when you’re travelling.

How to Take Noopept

Noopept powder and noopept capsules are some of the ways to take the nootropic. You’ll have better control of the dosage when you take the powder form and weigh it using a milligram scale.

Unlike Piracetam where you have to take a daily dosage of 4800mg , Noopept only requires a dosage of 10 mg to 30 mg daily. If you’d like to maintain strong cognitive performance until the afternoon, take another dosage in the afternoon. Take it with water or place it below your tongue and wait until it dissolves into the floor of your mouth. Don’t worry. The taste won’t be that strong.

Start with a low dosage of 10 mg first and if you don’t experience any major side effects, up your dosage to 30 mg divided into three doses throughout the day. The onset starts within 15 to 30 minutes of taking the drug and the effect lasts for about 2 to 5 hours.

Take it for up to 1.5 to three months and after that, take a break for at least one month. Cycling is very important in order to avoid receptor down-regulation and tolerance. The brain may be powerful but it’s also quite sensitive and as with anything, too much of a good thing can be bad. In this case, if you over-optimize your brain, you may experience negative side effects.

Noopept’s half life is 30 to 60 minutes. Half life refers to the amount of time it takes for the supplement to be broken down in the body. Although it’s considerably short compared to Piracetam (5 hours!), its effects occur faster since it’s already absorbed in the body. By the time it’s absorbed, the drug is already metabolized with other compounds which result in better brain function.

The side effects of Noopept don’t seem to be that concerning.

One study that was conducted on rabbits showed no signs of toxicity, allergy, or health risks related to the drug. The only negative side effect are headaches and the occurrence is very rare and limited.

In some cases, it can even prevent headaches because it influences the glutamate receptors in the brain. And because the dosage is very low, it doesn’t affect the internal structures of the stomach. Also, because of its short half-life, the negative side effects don’t last for long.

If there was any con to the nootropic, it would be that its effects vary by person. Low dosages will work for some people while others may need to take higher doses in order to experience its cognitive-enhancing benefits.

Remember, this is a very potent nootropic so only take the dose that’s required. You may want to speak with a physician about taking Noopept as they may be able to recommend the best dosage for you.

When buying Noopept, make sure that it’s coming from a trusted supplier. Due to its growing popularity, there will be plenty of shills selling off brand versions of this nootropic which will only contain little to zero amounts of the compound. Check the reputation of your supplier before deciding to buy Noopept online or in a store.

Even with the increasing number of nootropics coming out in the market, Noopept seems to distinguish itself for its ability to improve cognition at low doses. It requires a thousand times less dosage than Piracetam and can offer similar, if not, better effects. In addition, it shows no negative long-term or short-term side effects which means it’s safe to use compared to other nootropic drugs.

Have you tried taking Noopept for improving focus and concentration? Share your experience in the comments.